Serving The Central Okanagan Community For Over 65 Years.

The society was organized in 1953 by a group of parents, teachers, doctors and concerned citizens to ensure the education of children with mental handicaps. We were known as the Sunnyvale Centre at that time.

In 1958, the Sunnyvale Centre had an enrollment of thirteen students and a staff of two teachers who taught classes of seven to thirteen years old and fifteen to thirty years old.

By 1968 the needs of the individuals was now more diverse and required a day activity for those who had graduated from school. The Sunnyvale Workshop was developed to serve the needs of these individuals. The school enrolment was now eighteen students supported by three teachers. The Sunnyvale Workshop grew to serve twenty-seven adults, supported by six staff.

In 1973, the society gradually divested itself of all children’s services ceding this responsibility to the Neurological Association and School District # 23. It was the year that the Bertram Street residence was completed. The residence served twelve individuals.

By 1978, the Society was fully focused on the needs of adults with developmental disabilities with emphasis on training and education. Sunnyvale Workshop, located at 555 Fuller Avenue, served approximately 50 individuals.

The society expanded its range of services in the early 1980’s and purchased four homes. The residences served sixteen individuals and offered a respite bed for weekend stays. By the end of the 1980’s the society transferred three of homes to another society and was left with the Richter Street residence.

In 1988, the society was running four levels of vocational services, which ranged from personal skills development to vocational training. The society served sixty-eight people and was supported by sixteen staff members. The residential service served twenty-four individuals, which was supported by nineteen staff. It was also the year that we made our first attempt at integrating into the community by establishing Champs Restaurant. It was our first ‘on the job’ training development. Champs Restaurant served the training needs for several of our workers and was supported by one staff person.

Unfortunately, the cost of operating this service outweighed our ability to generate revenue and we were forced to close the operation after one and a half years.

In 1989, we continued our integration into the community by developing our wedding shop, Wedding Belles and Baskets, which served eleven individuals and the Kelowna Diversified Industries Firewood Project, which served ten individuals. The firewood project ran successfully for eighteen months. In fact, it was this project and the individuals involved with it that lead us to our first supported employment contract through our new service, Integrated Community Opportunities, with the Ministry of Children and Families in the later part of 1990.

It was determined in the early 1990’s that in order to become more involved in the community, we would have to more fully integrate. In 1992, we moved Wedding Belles and Baskets and Integrated Community Opportunities into the community and established our first storefront operations. This was followed in 1993 by establishing an enclave of our workers in K.E.R.E.D.A.’s recycling project based at Crowley Road. In 1996 our Contract Services department was relocated to its new address on Bay Avenue and was renamed First Choice Services. Finally, in the early part of 1999, Larry’s Cycle and Sports a small bike shop enclave established within the society in 1995, was relocated from our facility to its storefront location on Lawrence Avenue.

In 2006 due to lack of sales Wedding Belles and Baskets closed their doors. Individuals relocated to other society service areas. Similarly in 2011, Larry’s Cycle and Sports closed its doors.

Our society has evolved from that initial group of pioneering parents and supporters who saw the need for something more for children and adults with developmental challenges. Over the years our society has served hundreds of individuals and we will continue to serve hundreds more in the coming years. Currently over 150 people with developmental disabilities are served, their families and caregivers.

In 2012, acknowledging the changing times, we revisited the way in which we present our message to the community and recognized the opportunity to refresh our identity and explore new and exciting ways in which to engage the community in our work. With the arrival of 2013, KDSCL officially changed its name to Pathways Abilities Society.

January and February 2014 were spent planning, preparing and relocating services. On February 24th the activity service and administration started operating out of the new 123 Franklyn Road location. 555 Fuller Avenue became the official site of our employment services with ICO relocating and sharing space with Social Ventures. We were very fortunate to have community and community groups donate services and goods painting, cleaning and refurbishing our new building.

In 2015, Pathways and the Kelowna Community Development Society merged under Pathways effective April 20th. Pathways went from serving 150 individuals and their families to serving over 200! As part of the merger the activity service expanded, including adding a new service location Branch 55 and renovating our Franklyn building to accommodate a seniors program.

In February, 2016 Pathways was one of three not-for-profit organizations invited to pitch a cause to the Kelowna Chapter of “100 Men who Give a Dam”. The ‘non-organization’, as they describes themselves meets quarterly and comprises of a random group of local men committed to giving back to their community. Each man shows up to the meeting with $100, listens to five-minute appeals from the local not-for-profits, then votes on one of the three organizations to which to donate. It’s a winner-take-all vote where one not-for-profit walks away with all the cash collected. Pathways won! BikeWays, Pathways used bike shop also flourished with record sales.

During 2016, CLBC began devolving home share providers to local agencies. Through this initiative and new home share contracts, Pathway’s contracted with an additional nine home share providers and by the year’s end we were providing home share services to 34 individuals. We also submitted a proposal to BC Housing to redevelop the Fuller site into an affordable apartment building. We were very excited to learn in October our proposal was accepted and in 2017 we will be constructing new affordable housing units at that location. Current services operated at that location will be relocated.

As we moved into 2017 we worked with BC Housing to evolve the Fuller Avenue re-build project. There were delays due to exploring potential partnerships however by year end it was confirmed that we will be constructing 68 units.

Over the course of the year, Pathways purchased a new building at 1216 St. Paul Street with the proceeds from the sale of 2 properties, 925 Sutherland Avenue and 1976 Richter Street. We took possession of the new building May 1, 2017. The building was renovated to accommodate BikeWays and Social Ventures on the main floor and Integrated Career Opportunities (ICO) on the second floor. Pathways also purchased a new location 2476 Main Street in West Kelowna taking possession October 15, 2017. The new location is a satellite activity service and was purchased to accommodate the needs of individuals residing on the west side of the lake.

2018 marked the celebration of Pathways’ 65 years of service! In partnership with M’Akola Housing, we continued to work with BC Housing to evolve the Fuller Avenue re-build project. Confirmation was finally given on construction of our 68 below market rental units in downtown Kelowna.

In May of 2018, Pathways was the co-host agency of the 12/14 Provincial Inclusion BC Conference featuring over 450 delegates in attendance.

2018 also marked a year of recognition for us as Pathways was nominated for the Chamber of Commerce non-profit organization of the year award and was one of the three finalists.

Sadly that year we also lost Jim Champion (was involved with Pathways for at least 40 years), Karen Erickson, Shirley Redding and June Vandengrampel, all of whom passed away in 2018.

As 2019 arrived, in partnership with M ’Akola Housing, we continued to work with BC Housing to evolve the Fuller Avenue re-build project. The demolition of Fuller was delayed due to unforeseen circumstances out of our control and is now scheduled to be demolished in the Spring of 2020.

BikeWays sponsored a satellite location for Bike-to-Work Week and hosted 136 cyclist’s that were treated to morning snacks. Pathway’s also participated in and supported the 55+ Seniors Games and 36 volunteers and staff supported the many game sites around the city.

Sadly 2019 also marked the passing of Jeannie. Jeannie had been involved with Pathways for many, many years.

Click here for a detailed timeline of Pathways’ history. 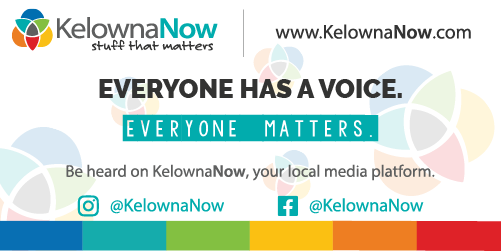